HIT Entertainment PLC was established in 1989, and was originally the international distribution arm of Jim Henson Productions called Henson International Television. However, following the death of Jim Henson in 1990, the business was sold to several members of the company's management and renamed HIT Entertainment to prevent any future confusion between the two companies.

HIT is privately held. Sunshine Acquisition, a company set up by Apax Partners’ Funds, closed acquisition of HIT Entertainment on May 26, 2005 £489.4 million.

HIT purchased Gullane Entertainment in 2002, in the process becoming owner of the Guinness Book of Records and Lyrick Studios (who were the US distributors of The Wiggles and the owners of Barney) in 2002. For a short time, HIT Entertainment distributed Big Idea Productions' VeggieTales videos, until Big Idea's eventual sale to Classic Media in 2003.

HIT currently sells programming to over 120 countries. The chairman of HIT Entertainment is Greg Dyke, the former Director-General of the British Broadcasting Corporation (BBC) and the CEO is Bruce Steinberg, formerly the CEO of what was once known as Fox Kids Europe and is now known as Jetix Europe. 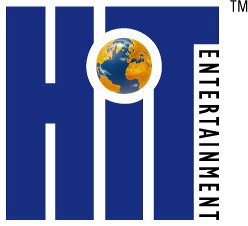 The HIT Entertainment television signature as it used to appear at the end of each of its television programs and on the website.