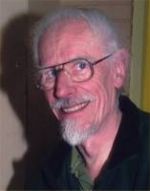 Christopher Awdry (born 1940) is a British author best known for his contributions to The Railway Series of books featuring Thomas the Tank Engine, which was started by his father, the Rev. W. Awdry. He has also produced children's books based on a number of other railways, as well as non-fiction articles and books on heritage railways. He was born at Devizes, the family moving to Kings Norton, Birmingham when he was aged 5 months.

Christopher Awdry and the Railway Series 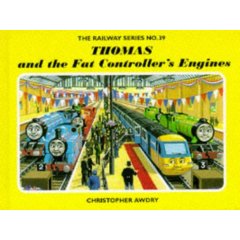 The 39th book from The Railway Series, written by Christopher Awdry

Christopher Awdry is in many ways responsible for the creation of Thomas and his railway, which started as a story told to him by his father during a bout of measles in 1942. By the time of his father's death in 1997, Christopher had added a further 14 books to the series, as well as writing stories for several Thomas the Tank Engine and Friends annuals.

It was a great source of disappointment to Christopher (and fans of The Railway Series) that the publishers allowed the Railway Series books to go out-of-print. For several years, Christopher campaigned to have the books re-published, but to no avail. The books written by Christopher, especially the last two or three which were only reprinted a few times, started to command high prices from collectors. However, in 2006 the current publishers, Egmont Books, decided to reprint the entire series in their original form; the fourteen books by Christopher being due for re-release at the beginning of August 2007.

The new interest from the publishers has gone beyond merely re-releasing the existing books. Christopher has written a new book for the series, titled Thomas and Victoria, which focuses on stories relating to the railway preservation movement. This, the forty-first book in the series, is due for publication on 3 September 2007.

A series of six books has been produced featuring locomotives from the Eastbourne Miniature Steam Railway, and illustrated by Marc Vyvyan-Jones.

For books 1-26 in the series, written by the Rev. W. Awdry, see List of Railway Series Books.