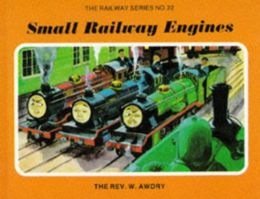 Small Railway Engines book cover, showing the engines (L to R): Mike, Bert and Rex
(with Duck in the foreground)

The Arlesdale Railway, more commonly known as the Small Railway, is a fictional railway on the Island of Sodor from the Railway Series books by Rev. W. Awdry and Christopher Awdry. It is a miniature railway based on the Ravenglass and Eskdale Railway in Cumbria. In the stories, it was originally built to bring waste from the lead mines in the hills to Arlesburgh at the end of Duck's branch line, where it would be distributed to the other railways on Sodor for use as ballast. The line also carries tourists.

The railway's controller is Mr Fergus Duncan, a dedicated man known as the Small Controller. This nickname is a joke, as he is a very tall man.

The Arlesdale Railway made its first appearance in the book Small Railway Engines, and was the main focus of the book Jock the New Engine. It has also made cameo appearances in Oliver the Western Engine, Duke the Lost Engine and Wilbert the Forest Engine.

The line runs from Arlesburgh West (where it meets Duck's branch line) to Arlesdale village, stopping at Arlesburgh Bridge Street, Ffarquhar Road, Marthwaite and Arlesdale Green along the way. It follows part of the route of the old Mid Sodor Railway (aka Duke's old line). At Arlesdale Green it leaves this route and takes a new, southerly course to Arlesdale.

The three original engines of the Arlesdale Railway - Mike, Rex and Bert - were brought to Sodor from an unspecified railway in England which closed in 1967.

Mike is a strong, red engine who prefers goods trains to passengers. His temper matches his bright red paint, and he can often be hot-headed.

Mike is based on the Ravenglass and Eskdale Railway's River Mite, owned by the R&ERPS and built in 1966 by Clarkson's.

Rex is a green engine with a sense of humour who enjoys nothing more than teasing Mike. He is a hard worker, but sometimes has problems with traction.

Rex is based on the Ravenglass and Eskdale Railway's River Esk, built in 1923 in Colchester by Davey, Paxman & Co.

Bert is smaller and younger than Mike and Rex, and is the quietest of the engines. He is painted blue. For a long time he had trouble with steaming, but has been rebuilt with a taller chimney and cab which mean that he no longer suffers from shortness of breath. This modification has not appeared in the book illustrations, but is mentioned in The Island of Sodor: Its People, History and Railways.

Bert is based on the Ravenglass and Eskdale Railway's River Irt, a Heywood locomotive built at Duffield Bank, Derbyshire, in 1894. 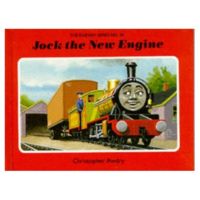 Jock is the newest steam engine on the railway, and also the strongest. Having been first mentioned in The Island of Sodor: Its People, History and Railways, his first actual appearance was in the eponymous book Jock the New Engine - Rev. W Awdry had intended to include the character, but it was left to Christopher to write him in to the stories some years later.

Jock was very cocky when he was first built, but soon learnt the value of teamwork and is now a Really Useful Engine. His name comes from the fact that he is painted in a yellow-green colour resembling the locomotives of the Highland Railway in Scotland. The name was suggested by Douglas, who remembered the Highland Railway from his youth.

Jock is based on the Ravenglass and Eskdale Railway's Northern Rock, which was built at Ravenglass in 1976.

Frank is a diesel engine with a tendency to be grumpy. He sometimes loses his temper, which once caused him to crash into the back wall of the shed. Despite this, he is a hard worker and is sometimes called upon to rescue engines who have broken down.

Frank is painted light grey and is based on the Ravenglass and Eskdale Railway's Perkins, which was constructed in 1984 at Ravenglass, a rebuild of a 1929 Muir-Hill tractor.

Blister I and II are small twin diesels that have not appeared in The Railway Series books, but are mentioned in The Island of Sodor: Its People, History and Railways.

Not much is known about them, apart from the fact they have regular engine troubles, and are particularly difficult to start - which is how they got their names. This is based on the trouble experienced with the Muir-Hill Fordson granite tractors that worked at Ravenglass until 1953 on stone traffic.

Blister I and II are painted black, with black and yellow stripes around their faces. They are based on the Ravenglass and Eskdale Railway's Lister diesel Cyril.

Sigrid of Arlesdale is a diesel working on the Arlesdale Railway who has not appeared in The Railway Series books, but is mentioned in The Island of Sodor: Its People, History and Railways. She is painted a two-tone blue livery.

She has however been seen on the Ravenglass and Eskdale Railway: her real-life counterpart, Shelagh of Eskdale, is now dressed up with a face to represent her at "Day out with Thomas" events, whereas formerly they named her "BoCoBo", after the locomotive's wheel arrangement. Not much is known about her.

The railway has a number of passenger carriages for tourist traffic. The original coaches, which were a mixture of open (roofless) and "semi-open" (open-sided) types, were obtained from the same railway in England as the locomotives. The semi-open coaches have since been replaced with closed saloon carriages built at Arlesburgh Works. All the coaches are painted a deep pink colour.

For ballast traffic, the railway has a fleet of smooth-running bogie hopper wagons. These can be unloaded via a chute into waiting (standard gauge) trucks on the Fat Controller's Railway. The hopper wagons and unloading chute are based on similar designs once used on the Ravenglass & Eskdale Railway, who have provided much co-operation to the line.

Arlesdale Railway characters have appeared in merchandising lines based on the television series.