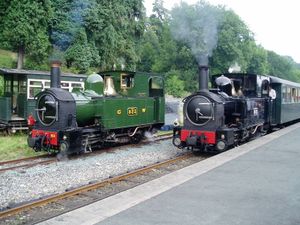 The Welshpool and Llanfair Light Railway (W&LLR) is a narrow gauge heritage railway in Wales.

The line is around 8.5 miles (14 km) long and travels between the towns of Welshpool and Llanfair Caereinion. The track gauge is 2 ft 6 in (762 mm).

The W&LLR was one of the few narrow gauge branch lines to be built under the provisions of the 1896 Light Railways Act. It was opened on 4 April 1903 to aid economic development in a remote area. It never made a profit. It was originally operated by the Cambrian Railways. The line is built through difficult country, having a great number of curves in order to reach the summit of 600ft. The original terminus at Welshpool was located alongside the main line station and trains wound their way through the town, using the locomotive bell as a warning.

In the 1923 Grouping of railway companies the line was taken over by the Great Western Railway. On 9 February 1931 the line lost its passenger service, which was replaced by a bus service, and it became a freight-only line. It was temporarily re-opened to passengers between 6 and 11 August 1945 for the Eisteddfod. The W&LLR was nationalised in 1948.

Freight traffic lingered on until 1956, by which time British Railways decided to close the line.

A group of volunteers and enthusiasts took the line over and started raising money to restore it. On 6 April 1963 the first section of the line was re-opened as a tourist railway. The line through Welshpool however could not be reopened, so the line has a new terminus at Raven Square on the outskirts of the town, originally opened on 18 July 1981. Because of the gauge, unusual for the British Isles, locomotives and rolling stock to supplement the originals have had to be obtained from a cosmopolitan variety of sources. A major grant from the Heritage Lottery Fund permitted restoration of both original locomotives together with several coaches and original wagons, and provision of new workshop facilities, ready for the line's centenary. 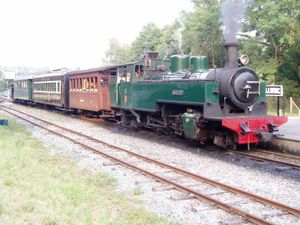 Orion is now back in Finland where it originally ran. 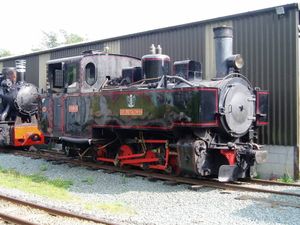 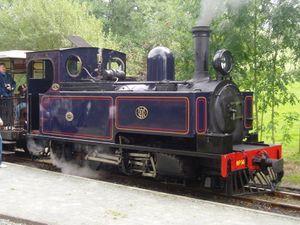 1954 Hunslet No. 85 was repatriated from the Sierra Leone Government Railway.