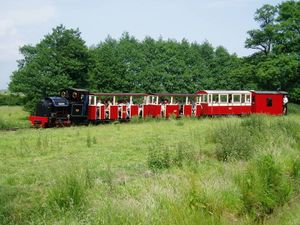 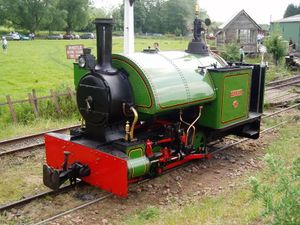 Isabel, spent her life in industrial use in Staffordshire and was the reason for the creation of the line.

The Amerton Railway is a 2 ft (610 mm) narrow gauge railway in the English county of Staffordshire. It is owned by the Staffordshire Narrow Gauge Railway Society.

Construction of the railway was begun in 1990 in a field at the side of Amerton Working Farm. The first trains ran in 1992, but it was around 10 years later when the railway was completed as a full circle with two passing loops.