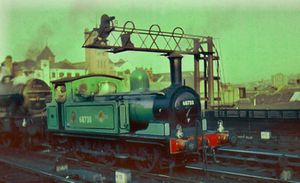 They were a development of the NER Class E (LNER Class J71) 0-6-0T designed by T.W. Worsdell, by T.W.Worsdell's brother Wilson Worsdell.

One of the BR built engines, No. 69023 survives. It has been named Joem, though it never carried this name in service.