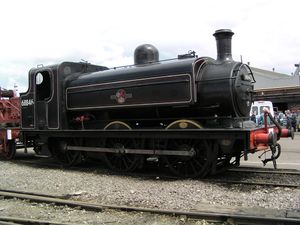 The Great Northern Railway (GNR) Class J13, classified by J52 by the LNER is a class of 0-6-0ST steam locomotive intended primarily for shunting.

The LNER reclassified them J52. They also introduced two subclasses, J52/1 for the rebuilt engines and J52/2 for the originals.