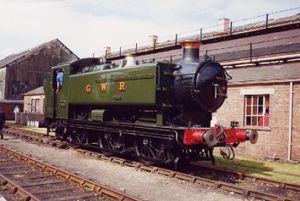 9466 is one of two preserved members of the 210-strong class. Its Great Western livery is inauthentic as it was one of those built for British Railways after nationalisation. 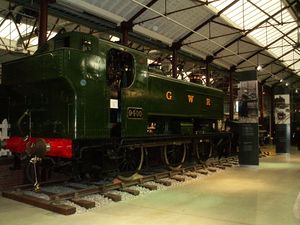 The first of the class 9400 is preserved as a static exhibit in Swindon and is part of the national collection. 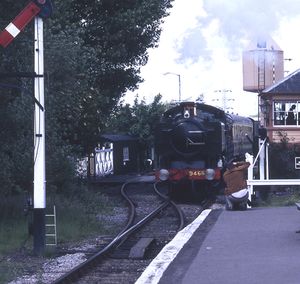 9466 arriving at a station at the Didcot Railway Centre.

The Great Western Railway (GWR) 9400 Class is a class of 0-6-0 pannier tank steam locomotive. The first ten were built by the GWR with the remaining 200 being built by private contractors for British Railways.