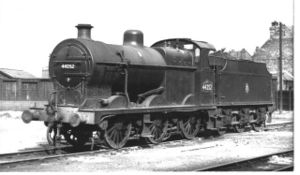 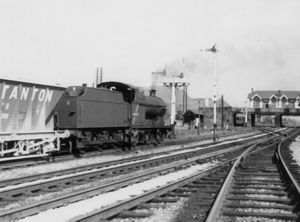 44458 waits at Stanton Gate, 1965. Note the yellow cabside stripe that indicates that it is prohibited from the electrified West Coast Main Line south of Crewe where it is out-of-gauge. 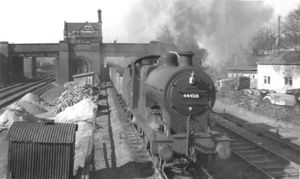 An earlier view of 44458, this time passing Water Orton. 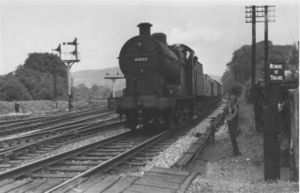 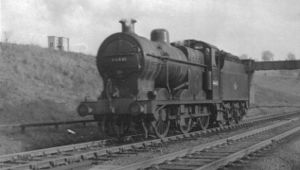 44441 light engine, stopped near Elstree Tunnel by a signal, June 1960. This has the later BR crest on its tender.

The 4F was based on the 197-strong Midland Railway 3835 Class of 1911, with only a few modifications, primarily the adoption of left-hand drive in favour of right-hand drive. They originally had been designed by Henry Fowler, who from 1925 became CME of the LMS.

Reluctantly because of they were part of the Midland's small engine policy adopted by the LMS but reversed by Stanier, and incoportated certain poor design features, particularly in ill-advise attempt at standardisation, the adoption of Midland standard small axle boxes.

The LMS constructed 530 of the locomotives between 1923 and 1928, numbered sequentially from where the Midland engines left off from 4027. A further 45 examples were reluctantly authorised by William Stanier in 1937 at the behest of the operating department.

The missing numbers 44557-44561 relate to locomotives built to Midland Railway design for the Somerset and Dorset Joint Railway in 1922. 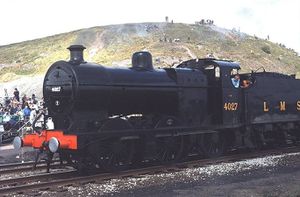 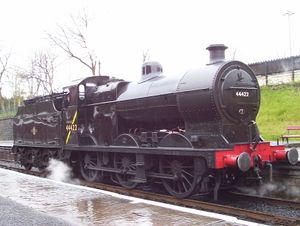 Preserved 44422 stands in the rain on the East Lancs Railway.