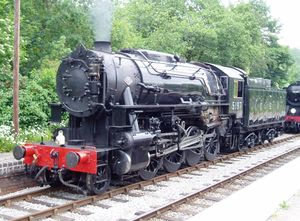 preserved in Great Britain is No. 5197 at the Churnet Valley Railway. 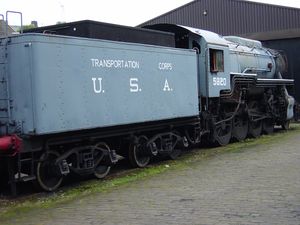 Also preserved in Great Britain is No. 5820 at the Keighley and Worth Valley Railway. 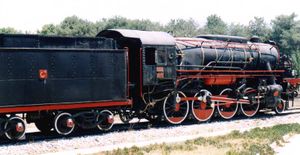 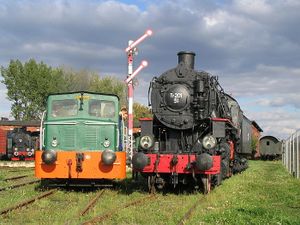 The United States Army Transportation Corps S160 Class is a class of 2-8-0 steam locomotive designed for use in Europe during World War II for heavy freight work. A total of 2120 were built and they worked on railroads across the world, including Austria, Great Britain, France, Germany, Greece, Hungary, Italy, Poland, the USSR, Turkey and Spain.

200 of the derived S162 and S166 classes were sent to Russia, where they were designed for Russian broad gauge track.