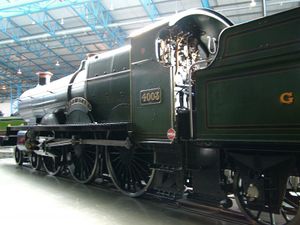 Lode Star is the only remaining GWR Star class locomotive. It is preserved at the National Railway Museum, York, UK.

It was built in 1907 and was one of the first locomotives in its class to be built.

Lode Star survived into the British Railways era, and was finally withdrawn in 1951. At this point it had covered 2,005,898 miles. Lode Star was preserved at the Great Western Museum in Swindon from 1962, and was transferrred to the National Railway Museum in York in 1992, where it is a static non-working exhibit.